This report compares agent performance based on how many conversations are opened. For example, say we see that Jeff has opened the most conversations within the chosen period with 4 openings.
When you turn on FTE, Jeff’s performance is reduced. By reviewing an Agent activity report, you see that over the same period, Jeff is more present and active in the system. You can then infer that if Theresa worked the same amount of hours as Julie, she would theoretically open more conversations. 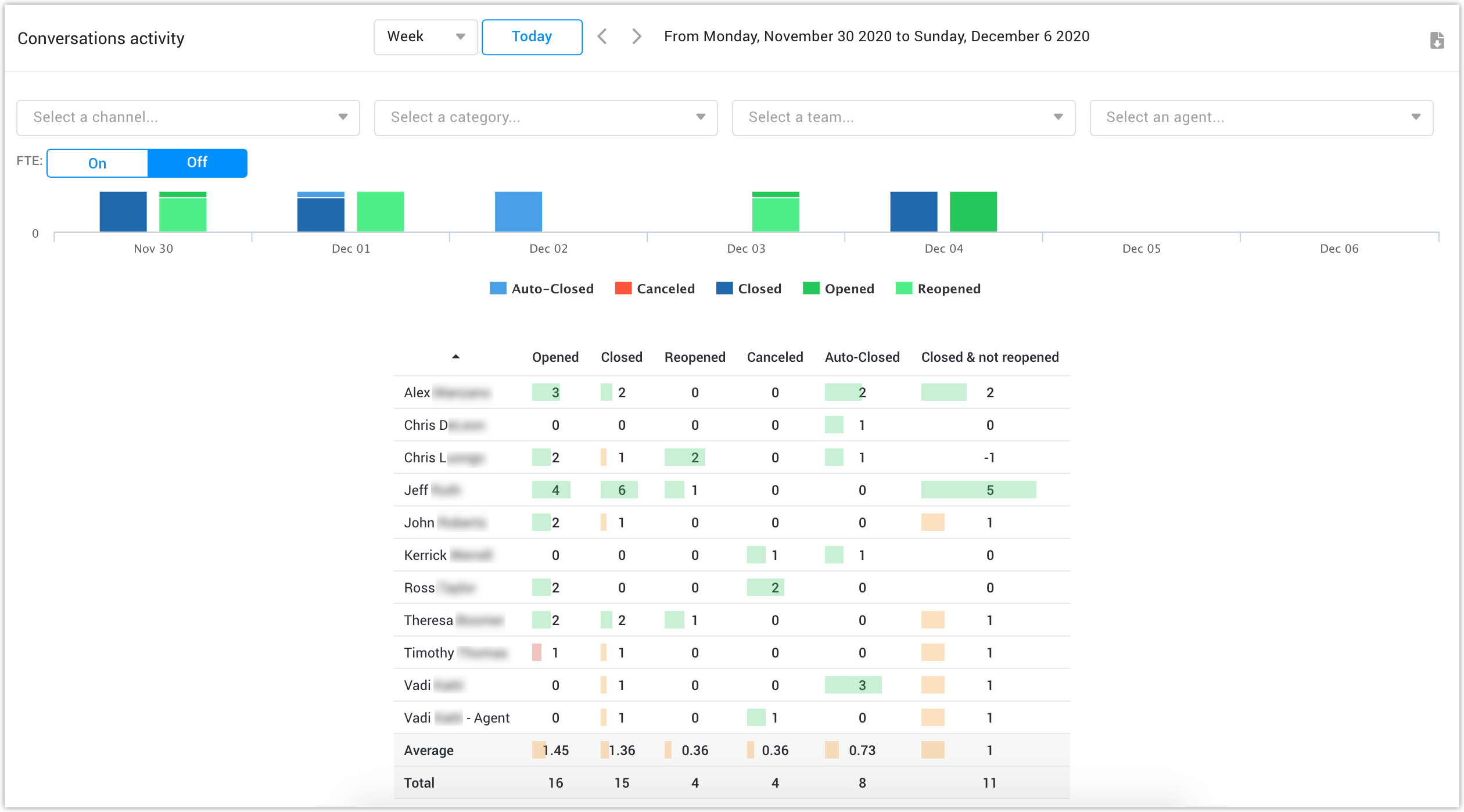 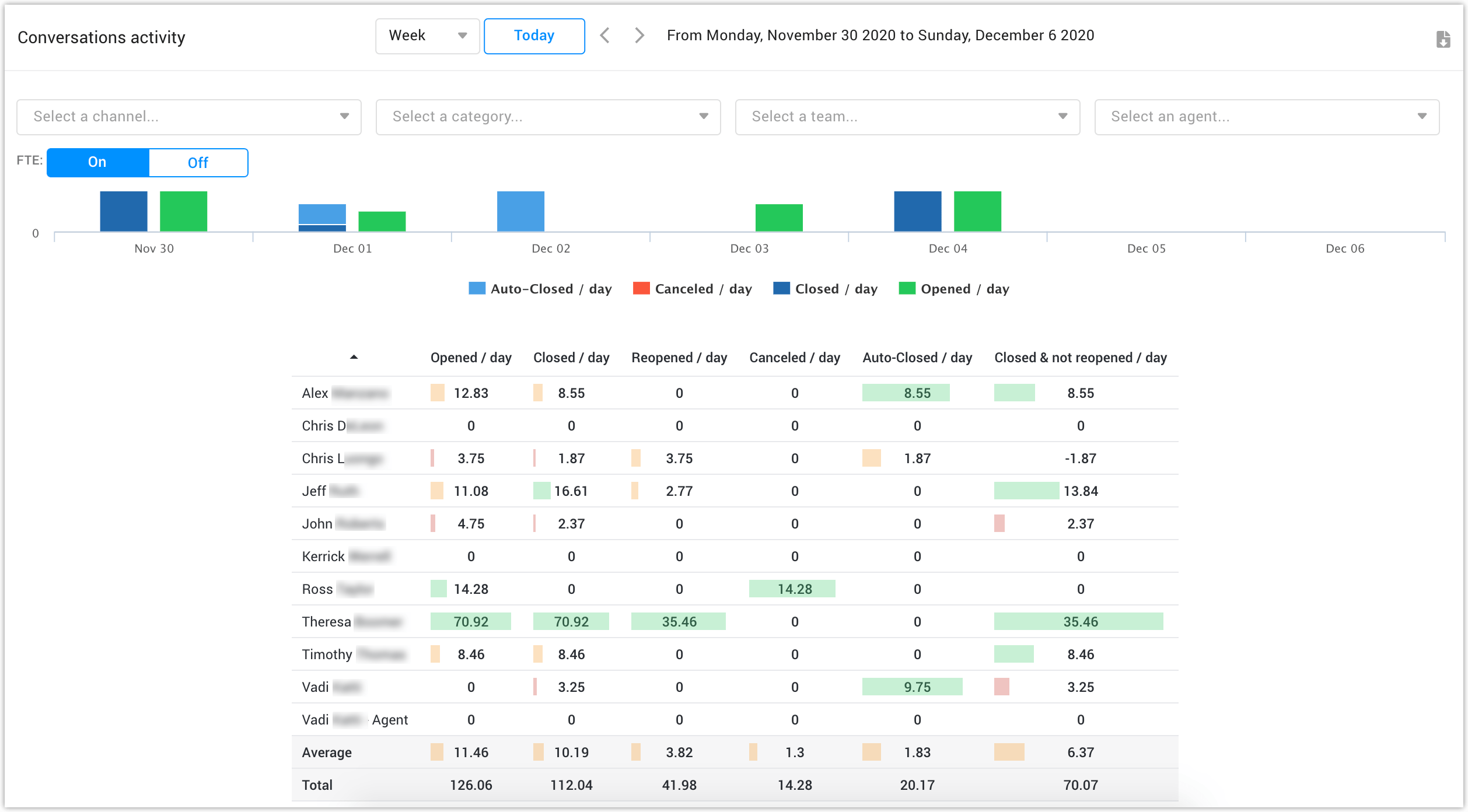 Ensuring that agents do not close conversations too early

For example, you examine the closures and reopenings for two agents. Agent Claire has 0 consolidated closures/day, which means that all the conversations she closed were reopened by a customer message. The reopening of so many conversations is not productive, and Claire should receive training on deferring conversations.
By contrast, another problem is when an agent Thomas has an average of 53.57 openings but no closures. Thomas may not know that a conversation must be closed once the customer inquiry is solved.
For a detailed view of closed conversations with or without reopenings, see the First contact resolution report.
System Status
Legal
Cookie preferences
Privacy Notice
Contact us
© 1999-2022 RingCentral, Inc. All rights reserved.
Close X
Thanks!
We've sent you a link, please check your phone!
Please allow a full minute between phone number submissions.
There was an issue with SMS sending. Please try again. If the issue persists, please contact support.